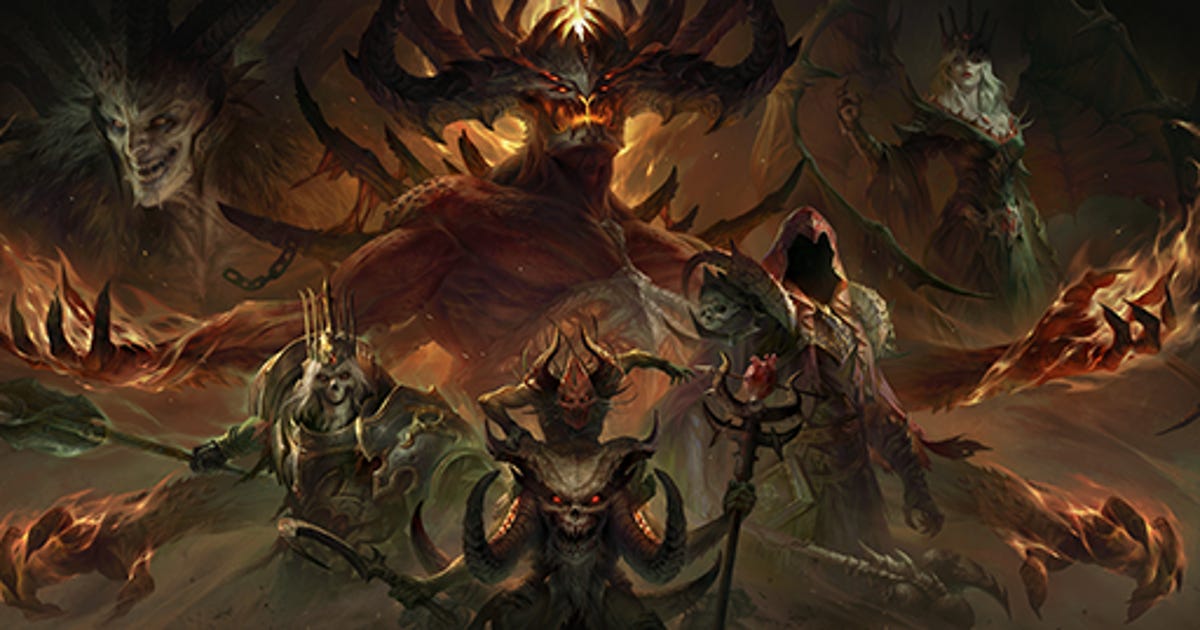 Diablo Immortal is out now on Android and iOS devices and in open beta on PC. The new game lets players fight against the legions of Hell, whether that’s on your own or in raids of up to eight players.

If you’ve played Diablo 3, Diablo Immortal will feel familiar. If you’re new to the series, we’ll walk you through everything you need to know to get started as you take on demons and other infernal beasts.

Diablo Immortal supports cross-play and cross-progression, which means you can play on PC while you’re at home and then pick up and play on your phone when you’re on the go.

On a mobile device, just find Diablo Immortal in the Apple App Store or Google Play Store and download. If you want to download the PC open beta, you’ll have a few extra steps.

2. Go to Games > All Games and select Diablo Immortal

Note that, on mobile devices, you’ll be asked to download additional assets after the initial download, though you’ll be able to jump in and start the intro without the extra downloads. The full download requires about 12 GB of space.

If you want to play on both mobile and PC, you’ll need to sign in with your Battle.net account. You’ll be able to sign in by selecting the option in the top-left corner of the main menu.

Which Diablo Immortal Class should I play?

Diablo Immortal offers players their choice of six different classes. Your class determines how you’ll play the game, including which abilities you can learn, which stats matter to your character, and most importantly what all that badass armor looks like by the end of the game.

Once you start the game, your first step is choosing a class. Here’s a quick breakdown of each class available at launch.

You’ll be able to change your class after you start the game, so you aren’t locked into one specific class. Play around and see what feels fun to play — whether that’s a melee or ranged fighter, a physical fighter or a magical user, or an undead puppeteer.

Once you choose your class, you’ll have the option to select the way your character looks. You can choose from a few pre-generated options, or dive deep into the character creator to choose your skin tone, hair style, hair color, and a wide range of facial feature sliders. These customizations are purely cosmetic and don’t affect your gameplay.

The Diablo games use a third-person isometric view, with players using movement, basic attacks and other abilities to mow down waves of hellish minions and demons. On mobile, you’ll move by dragging a finger across a virtual joystick in the bottom left of the screen. Your attacks, abilities and other interactions (like picking up items and talking to other characters) are mapped out on the bottom right side of the screen. The core gameplay involves moving around a map and attacking enemies.

But if you want to take on the Lords of Hell, you’ll need more than just moving and slashing. You’ll need to make use of items and abilities to fight your way through the demonic legions.

Each class unlocks new skills as it levels up. You can equip up to three skills in addition to your basic attack and ultimate ability. The abilities you equip determine how your character fights, whether that’s with aggressive leaps, wide swings or long-range blasts of damage. Try out different combinations of abilities to see what interactions you can find — it’s tempting to just use whichever skills you’ve most recently unlocked, but you may find fun combos by mixing and matching with older abilities.

As you battle enemies, you’ll find weapons and various types of armor that will increase your stats. All items have a score, which tells you relatively how strong that item is — the higher the score, the bigger the boost to your power. Some items may also offer bonuses to different stats, allowing you to further customize your character. Want to tank more damage? Equip something that boosts your vitality. Want to avoid it in the first place? Stock up on dexterity boosts. You can spread the stats bonuses around or min-max to your heart’s content.

Is Diablo Immortal free to play?

The biggest difference between Diablo Immortal and its predecessors? Microtransactions. The game is free to play, but at various points in the game, you’ll be prompted with the opportunity to trade money for in-game items. In fact, these microtransactions kept the game from releasing in Belgium and the Netherlands because it didn’t clear their anti-lootbox laws.

You don’t need to pay to progress through the game, but those microtransactions are realistically necessary if you want to grind for the optimal endgame items and PvP.

Diablo Immortal is out on Android, iOS and in open beta for PC.