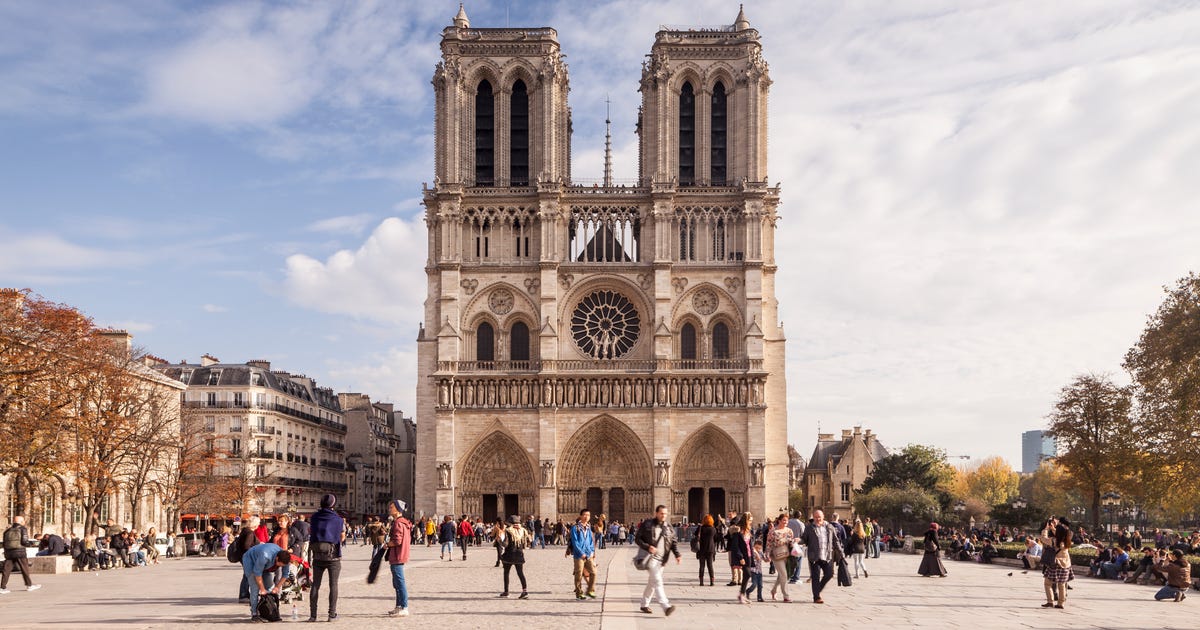 After Paris’ Notre Dame Cathedral suffered a devastating fire in 2019, an archeological excavation was ordered before full restoration could begin. In March, a month after the archeological survey began, it was revealed that the National Institute for Preventive Archaeological Research had discovered a sarcophagus dating back to the 14th century.

Now, we’re about to find out what’s inside. French archaeologists said Thursday they’ll be opening the sarcophagus “very soon” after examining it using an endoscopic camera. According to Phys.org, the camera revealed the top half of a skeleton, a pillow, fabric and unidentified objects.

Carbon dating could be used to determine the age of the skeleton, the report said, while scientists will also be able to identify its gender and former health.

It’s probable that the sarcophagus contains the remains of a high dignitary, given the importance of their final resting place, according to the National Institute for Preventive Archaeological Research.

“The entire right-of-way is covered by a stone floor, dated no later than XVIII century. It includes many burials and is based on levels of occupation dating from the XIV century,” said the institute’s March press release describing the finding. “Among the graves uncovered, a fully preserved anthropomorphic sarcophagus made of lead was uncovered.”


Get the CNET Science newsletter

Unlock the biggest mysteries of our planet and beyond with the CNET Science newsletter. Delivered Mondays.