HomeAllTechNewsThe S.E.C. Sent a Letter to Musk About His Twitter Shares in...
TechNews

The S.E.C. Sent a Letter to Musk About His Twitter Shares in April 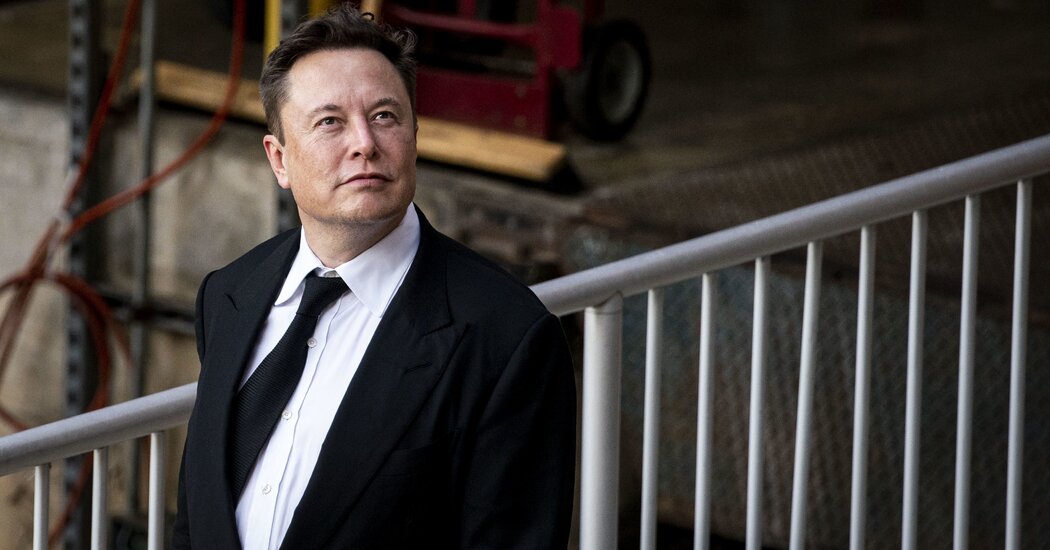 The Securities and Exchange Commission revealed on Friday that it had begun looking into Elon Musk’s purchases of Twitter stock in early April and whether he properly disclosed his stake and his intentions for the social media company.

In a regulatory filing, the agency said it had approached Mr. Musk on April 4. At the time, Mr. Musk, who is the world’s richest man, had just become Twitter’s largest shareholder with a 9.2 percent stake in the company. Mr. Musk also filed a securities document that indicated he planned for the investment to be passive and did not intend to pursue control of the company.

Ten days later, Mr. Musk offered $54.20 a share to buy Twitter outright. Twitter later agreed to sell itself to Mr. Musk for roughly $44 billion; the transaction is expected to close in the next few months.

In a letter to Mr. Musk dated April 4, the S.E.C. questioned whether he had disclosed his stake at the right time. The law requires shareholders who buy more than 5 percent of a company’s shares to disclose their ownership within 10 days of reaching that threshold. In regulatory filings, Mr. Musk has said he crossed that threshold on March 14, but did not make his purchases public until April 4.

In its letter, the S.E.C. also questioned whether Mr. Musk was truly a “passive” investor, given that he had already publicly criticized Twitter’s content moderation policies and tweeted recommendations about how the social media company should be changed.

Filing as a “passive investor” while secretly planning to take over a company is “fraudulent,” some legal experts have said. Such cases are rarely prosecuted and are difficult to prove, they have added.

The Federal Trade Commission is also looking into whether Mr. Musk violated disclosure requirements by failing to notify the agency of his sizable stake in Twitter. Investors typically must notify antitrust regulators of large share purchases to give government officials 30 days to review the transaction for competition violations.

Mr. Musk, who is also the chief executive of the electric car company Tesla and the rocket maker SpaceX, has previously tangled with the S.E.C. He faced an investigation from the regulator in 2018 when he announced on Twitter that he planned to take Tesla private and that he had secured financing for the deal.

The S.E.C. charged Mr. Musk with securities fraud because, it said, the transaction he referred to was uncertain and funding had not been locked down. Mr. Musk and Tesla settled for $40 million. Under the terms of his agreement with the regulator, Mr. Musk must run his tweets by a Tesla lawyer if they contain material statements about the carmaker. Last month, Mr. Musk tried to end the tweet approval arrangement in court, but a judge denied his request.

A shareholder lawsuit against Mr. Musk over his tweet claiming he planned to take Tesla private is ongoing. Mr. Musk also faces a lawsuit from Twitter shareholders over his delayed disclosure about his purchases of the social media company’s stock.