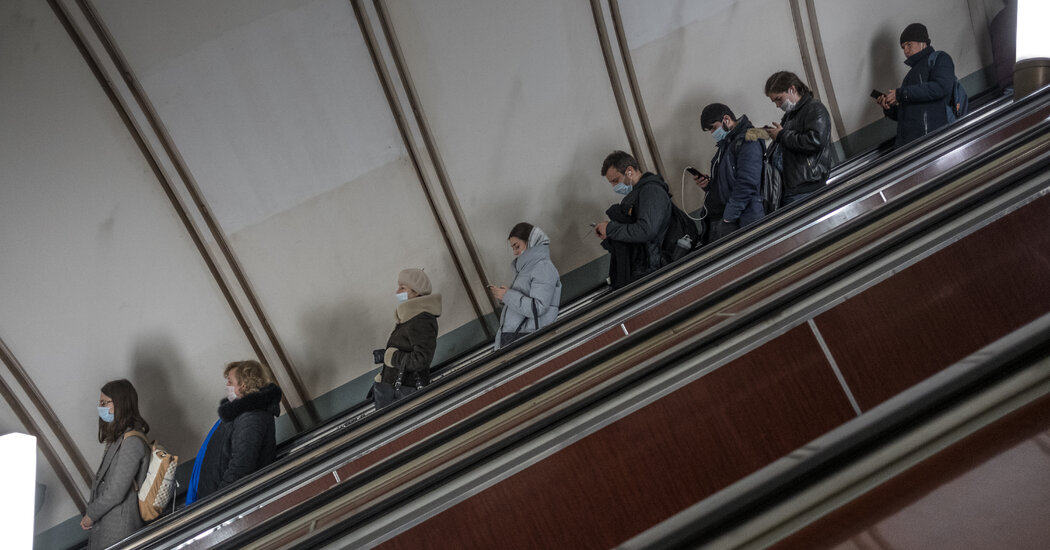 TikTok said on Sunday that it would suspend livestreaming and new content being uploaded from Russia, becoming the latest tech company to pull back from the country.

TikTok, which is owned by the Chinese company ByteDance, said it was taking the actions as it reviews Russia’s new law on “fake news.” The law appears to target media outlets that don’t hew to the Kremlin’s line on the invasion of Ukraine.

“Our highest priority is the safety of our employees and our users, and in light of Russia’s new ‘fake news’ law, we have no choice but to suspend livestreaming and new content to our video service in Russia while we review the safety implications of this law,” TikTok said in a statement.

Last week, TikTok joined Meta, Twitter and YouTube in banning Russian state-backed media in the European Union and labeling the state-backed media in the rest of the world. The tech platforms have been caught in the middle of the information war about the invasion, with Ukrainian leaders and U.S. and European officials calling on them to cut off Russia while Russia pressures the companies to censor their content.

Millions of people have turned to TikTok for live updates and video clips of the fighting in Ukraine. The company has had to deal with a flood of videos, some of which purport to show the action on the ground but are unverified. That has led to concerns that TikTok is spreading misinformation about the invasion.

TikTok said last week that it had dedicated more resources to monitoring for misleading content about the war.

Turning off livestreaming and new uploads from Russia is tricky because it may prevent ordinary Russians from disseminating independent information. Some Russian journalists and censorship experts have warned that there would be negative consequences if tech platforms were blocked in Russia.